The summer of 2021 is destined to be remembered as a time of environmental devastation and of sombre commemoration for Indigenous communities across Canada. Both of those themes, and the inextricable links between them, are at the forefront of the urgent and deeply compelling documentary Wochiigii lo: End of the Peace. Shot over five years by Haida filmmaker Heather Hatch, this is a stirring chronicle of resistance and environmental stewardship, pitting First Nations people against the British Columbia government. At issue is the ongoing construction of Site C, a multi-billion-dollar mega-dam along the province’s Peace River. If completed, the project will flood thousands of acres of agricultural land, threaten critical habitat, and endanger a way of life that has been sustainably practiced for millennia—even as official assessments suggest the dam’s potential benefits are difficult to discern. Following key representatives of the West Moberly First Nation as they seek to enforce their treaty rights in opposition to the project, Wochiigii lo: End of the Peace celebrates Indigenous resilience while casting further doubt on settler governments’ supposed commitments to reconciliation. 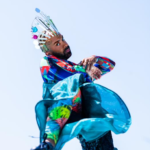 Join us at 6pm for the Opening Night reception including a musical performance by Bruno Capinan.

Bruno Capinan is a singer and composer who combines Tropicalia inspired music and an extravagant performance as an act of resistance. Born in Bahia, Brazil, Capinan has brought thier soft, provoking melodies to audiences in Japan, South America, Canada and the United States. They gained global recognition in 2016, with reviews in British newspaper The Guardian and France’s Libération, and two nominations for the prestigious APCA (São Paulo Association of Art Critics) for thier albums “Leão Alado Sem Juba” (2020) and “REAL” (2019).

Purchase a Ticket to Opening Night

This year, Planet in Focus has partnered with stackt market and #ShowLoveTO for a LIVE, free family program of Canadian and international short films curated especially for young families. The 2021 Family Day x stackt market is brought to you by:

The Water Walker shares the story of teenaged climate activist Autumn Peltier, who is Anishinaabe-kwe, from Wikwemikoong First Nation (Manitoulin Island, Ontario), tracing the roots, passion and perseverance of young Autumn. Autumn is an influential figure in the Indigenous and global youth-led environmental movement.

A Splash of Blue

Bea has always known the sky to be green. One day she tries to paint herself a better, cleaner world, only to learn that painting over the problem is not enough to fix it.

Footsteps in the Wind

Based on the intense reality of refugees around the world, Little Noor and her brother Josef are pushed into a journey over the seas to mysterious lands.

Millions of single use plastics are discarded every day across the globe. Artist liina klauss attempts to visualize the journey of all disgraced plastics through her installation on a beach in Bali, Indonesia.

Ryori is a stop motion animated film that depicts an Ojizo San Statue (guardian of the wayside) coming from within the forest to have a meal of Buddhist Monks in Japan, made without meat or fish.

We learn that the invention of plastic has provided great advances in our quality of life but too much of a good thing has resulted in an environmental kerfuffle.

Each year, Planet in Focus hosts an activity mid-way through the Family Day, and this year we’re getting funky! Join us for the dance break with dancer/choreographer Neil, inbetween the family film programs. 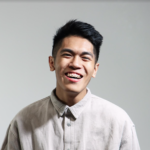 Neil is an undergraduate student at Ryerson University pursuing a Bachelor of Arts degree in Creative Industries. With a strong love for the performing arts and media production, Neil aims to use his creative abilities to serve these communities by creating purpose-driven art. Upon moving to Toronto, Neil discovered his passion for dance and choreography and has since developed his experience within the Toronto dance community. Currently, he is the Creative Director of the competitive dance team UHHU Ryerson.

GRAB A SNACK AT STACKT

There are plenty of shops to stop at throughout the stackt market, take this time to grab a bite or visit MILKY’S during the break with your ticket/proof to receive a free hot chocolate!

It’s a wayback playback! Join us for the special retropective screening of the forever popular WALL-E. Short for Waste Allocation Load Lifter Earth-class, WALL-E is the last robot left on Earth. He spends his days tidying up the planet, one piece of garbage at a time. After 700 years he spots EVE, a sleek and shapely probe sent back on a special scanning mission. Smitten WALL-E embarks on his greatest adventure yet when he follows EVE across the galaxy to save planet Earth.

Planet in Focus is extremely grateful to the Government of Ontario for their generous support of the live events at stackt market.