10 Documentaries for Nature Lovers at #PiF2015

Our Evening with Dr. Vandana Shiva

HOW I LEARNED TO STOP WORRYING & LOVE MY EV

Below is a guest blog post by filmmaker Vanessa Warheit. Vanessa Warheit’s film Worse Than Poop is screening as part of our Family Day programming on Saturday, October 23rd at Innis College. The screenings of international shorts, curated especially for young people, will be followed by an interactive activity and will take place from 10am-10:45am. There will also be a free family yoga class taught be Heather Gardner and GAIAM Canada will be giving away yoga mats for kids to take home (while supplies last, so get there early!). This will be followed by a pancake brunch! For all the information regarding family day, click here

I created Worse Than Poop! partly because I was burned out telling doom-and-gloom stories about climate change. I wanted people to laugh – because a key part of life is having fun, and anyway no one ever got depressed into action. I also wanted people to realize that green choices are often just better choices, period. 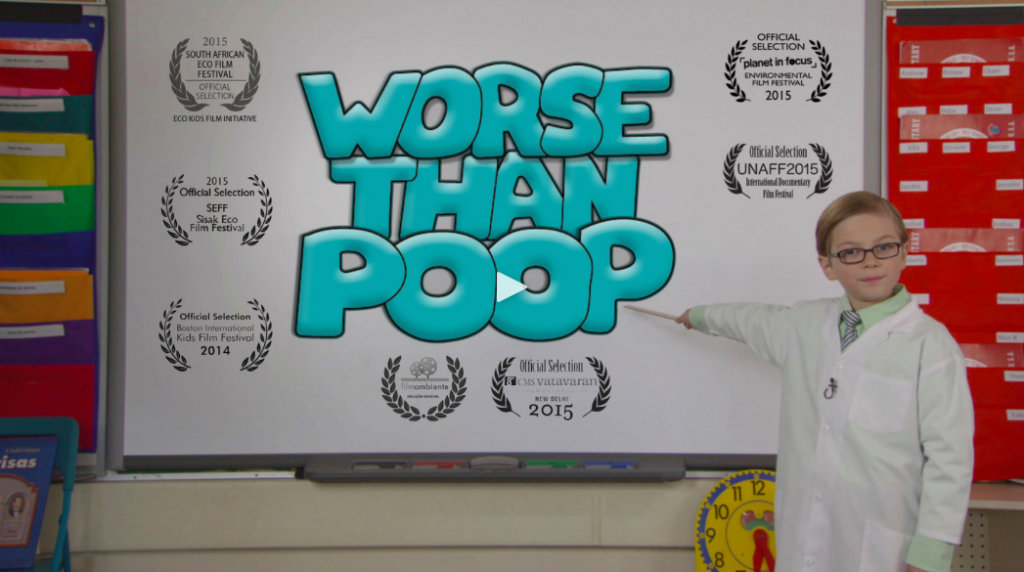 Take driving. Before I started the Worse Than Poop! project, our family drove a 1995 Honda Civic, with 200k miles on it. It got upwards of 40mpg, and we felt pretty good about driving an older, super-efficient car. (We moved from Vancouver to a place with wretched public transit – so we were stuck with driving.) I figured when the Honda gave out, we’d get ourselves a Prius.

And then – a friend let me drive his all-electric Leaf.

It was silent. It didn’t vibrate or rumble. It didn’t emit any exhaust at all. It even had seat warmers! But best of all, when I put my foot down on the accelerator, that baby MOVED. I couldn’t believe it.

But I thought, well, EVs must be expensive, right?

Wrong. It turns out driving an EV is actually cheaper than driving a gas car. Often (depending on your driving habits, the cost of gas, and the cost of your electricity), much much cheaper. Which is why the gas companies don’t want you to switch to an EV. They wouldn’t even make EVs if the government didn’t force them to.

But then I thought, oh, well, there’s the range issue. An EV probably can’t go far enough to be useful, right?

Wrong again. It turns out that over 90% of cars in the US – and Canada – are driven under 100 miles per day. Most EVs on the market today can easily take us where we need to go. Plus some places (like California) even let EVs go in the carpool lanes. Which means you get to spend more time with your kids, and less time in traffic.

It still took me a while to get an EV, though. Change is hard – even when you’re motivated. It might have taken me even longer, but Elliot – my son Elliot, the 8-year-old climate scientist featured in Worse Than Poop! – started nagging us hard about how we needed to stop driving a pooping car. Like, NOW.

So we did the most lefty green subversive thing you can imagine: for a month, we spent every weekend in auto showrooms. Eventually, we leased a Fiat 500e. Her name is FrankE. We love her. And I will never ever buy a gas car again.

For the first year after we sold our gas car, every time I passed a gas station I felt like I was seeing an old, bad boyfriend on the street. You know – the big, sexy one that always promised you the world but made you feel like poop? I would feel a little glimmer of sadness, and then I would think – ‘wow, I really don’t need you anymore!’ (Which – if you’ve ever broken up with a bad boyfriend – is a pretty great feeling. Just ask Gloria Gaynor.)

And of course – as much as I love my EV – nothing beats the feeling of riding my bike! When I ride, I think better, I feel better, I see people on the street and say hi. Plus biking costs me pretty much zero.

And let’s not forget about public transport! In lots of places, like Toronto, transit is an excellent way to get around. No parking! And so fun! Elliot, like most kids, is a huge fan of transit – put him on a subway train or a tram or a bus, and he’s in heaven. 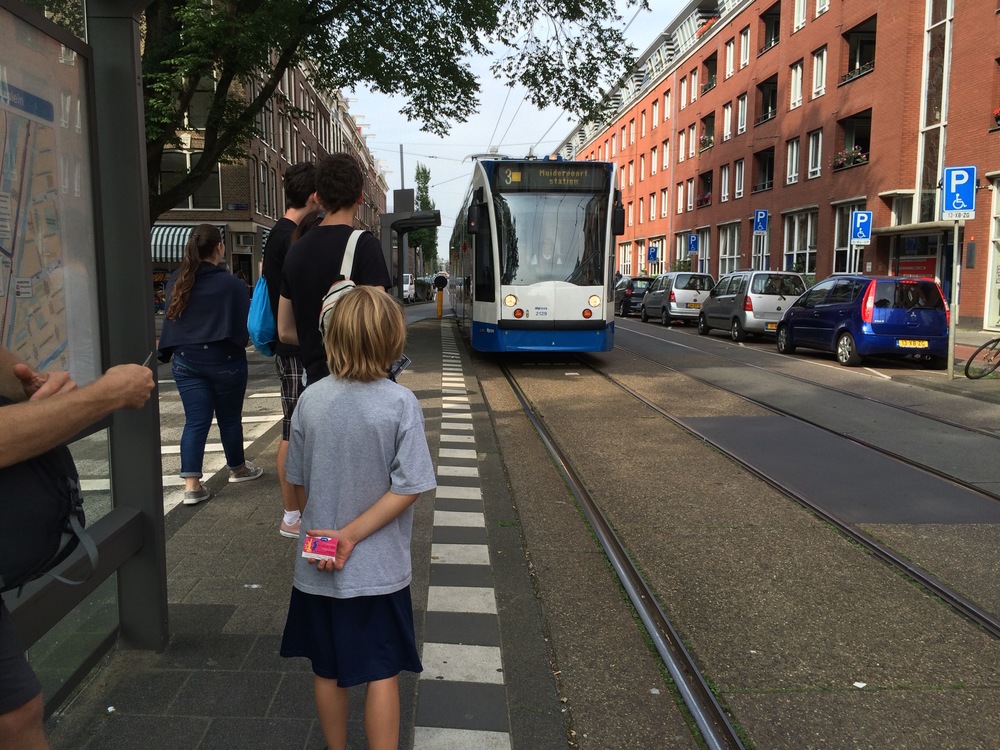 So there you have it: three viable, awesome options for getting around that will not only make your family healthier and happier – they’ll also take a giant bite out of the climate change problem. So lose that pooping car, and come join us in making the world safer and more fun for our kids!